The head of the Prison Bar Association has hailed the ‘extraordinary’ determination of barristers participating in a nationwide protest over authorized assist funding – with trials currently being listed deep into 2023.

Considering that 11 April, hundreds of barristers have adopted ‘no returns’ – declining to cover for colleagues on scenarios that have been ‘returned’ – about the government’s refusal to maximize prison lawful aid advocacy fees by 25%.

These days, CBA chair Jo Sidhu QC mentioned that the action was currently triggering widespread disruption and ‘the breadth and depth of motivation to the pursuit of our action has been nothing short of extraordinary’.

Sidhu reported: ‘Each working day, we hear several illustrations of circumstances that are not able to move forward for want of a defence advocate, like a lot of major multi-handed trials which now face more significant delays. The lack of ability of our courts to discover substitute barristers has invariably resulted in lengthy adjournments which will only exacerbate the currently dismal data on the pace at which circumstances are remaining concluded. 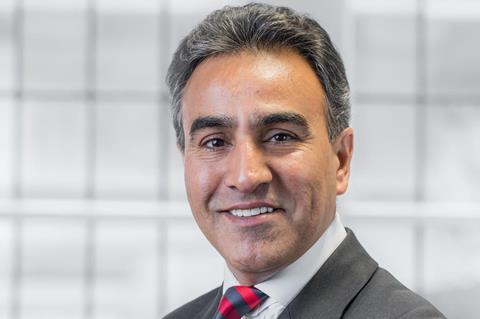 ‘Further, as trials are postponed, the backlog grows at any time for a longer period with the daily arrival of new circumstances into the procedure pushing it closer in direction of gridlock. We are presently looking at checklist officers having difficulties to find substitute dates within just a realistic time, and scenarios of trials becoming postponed deep into 2023 and past are promptly getting the norm.

‘Such is the great importance and benefit of our goodwill that, when it is suspended, the fragility of our prison justice process is painfully exposed. The general public is observing, and government must fully grasp that time is not on their side.’

The CBA fulfilled the Ministry of Justice last week, the place it proposed a system to inject an immediate charge maximize for existing scenarios.

Sidhu said: ‘With the most new Bank of England forecast that inflation is set to increase to 10% this calendar year, it does not choose a mathematician to understand that government’s proposal to increase AGFS costs by 15% equates, in real terms, to a mere 5% increase. Given that legal barristers have currently lost an normal of 23% in earnings from lawful support in a solitary yr at the peak of the pandemic, which itself follows a decline in our authentic incomes of 28% over the last two many years, the CBA’s demand from customers for a 25% increase is completely reasonable. Even that figure cuts down to 15% in genuine conditions when spiralling inflation is taken into account.’

Ministers have continuously defended its reforms, telling practitioners at a Regulation Modern society webinar previous week that securing £135m from the Treasury was not effortless.

This short article is now closed for remark.